Filter
back to summary
AWS GRÜNDERFONDS

Startup develops VR simulators for Industry 4.0 with a focus on the life science industry and brings aws Gründerfonds on board in Seed2 round. 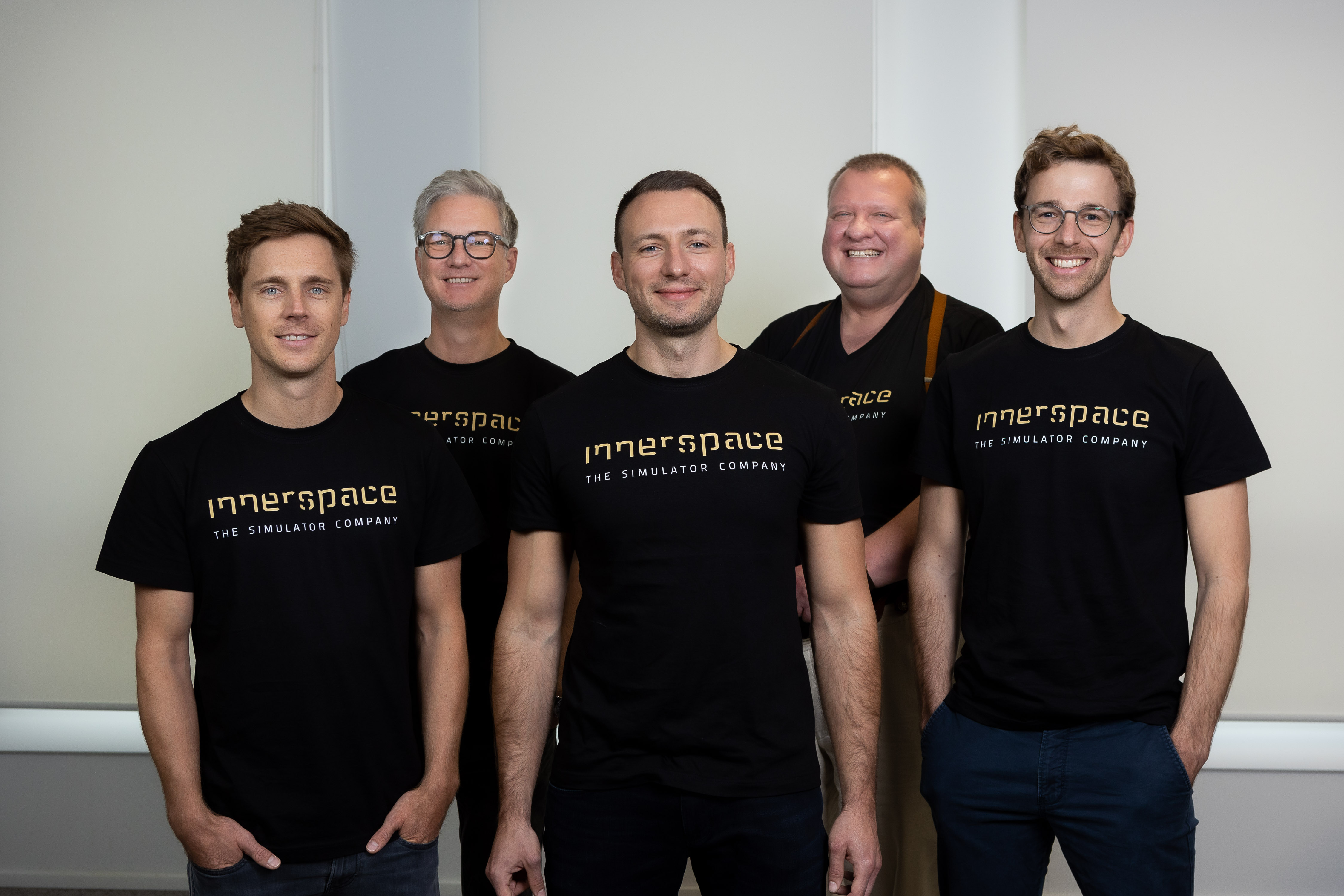 Vienna, 11/23/2021 – Tyrolean startup Innerspace receives a seven-figure euro investment in a second round of financing from its two existing investors MAD Ventures and High-Tech Gründerfonds (HTGF), as well as a new partner, aws Gründerfonds. Innerspace develops virtual reality simulators for critical production areas in the life science industry, including clean rooms. The startup will use the investment to further expand its market presence and use the funds to increase its sales and consulting team. Product and market expansion into other areas of the pharmaceutical and chemical industries are also on the agenda.

Virtual reality simulators from Innerspace are used by big players in the pharmaceutical industry in Europe, North America and Japan. Employees in cleanrooms use Innerspace technology to train correct behavior, recognize reasons for errors, learn to avoid misconduct and train "experience through repetition" in a risk-free, virtual environment.

The principle of the flight simulator translated into Industry 4.0

Innerspace's simulators allow training of critical skills with VR goggles and are accordingly handier than flight simulators. Nevertheless, they serve the same purpose: they minimize risks from cleanroom contamination and make errors visible, measurable and reproducible as critical events. Because of their strong connection to real-world challenges, training with virtual reality simulators is significantly more effective than existing training and learning methods. "Essentially, we are transferring the success story of the flight simulator to the qualification of production personnel in the life science industry: train faster, better and hazard-free experience," illustrates Walter Ischia, Managing Director Sales and Finance at Innerspace.

"Innerspace delivers a complete solution consisting of analysis and consulting by experienced industry and training experts, a modular VR simulator solution that allows for customer-specific customization, as well as roll-out and implementation support," adds Alexander Wild, who as Managing Director is responsible for production and operations.

"We're getting a lot of interest from industry for our VR simulators," Ischia reports, ranking the potential of his solution: "In Europe alone, there are nearly 100,000 cleanroom workers; worldwide, there are about four times as many." Sebastian Scheler, Co-Founder and Chief Methodologist of Innerspace, adds, "The principles behind our simulator are not only applicable to the cleanroom. The requirement to train correct behavior in critical production areas in an effective, measurable and reproducible way exists in many other areas besides the pharmaceutical and chemical industries with far higher numbers than just cleanrooms, for example in laboratories."4

Success in the seed phase made investors take notice

Innerspace has managed to grow successfully even during the crisis. In addition to its existing investors, the German High-Tech Gründerfonds and the Tyrolean investor MAD Ventures, the company has now also been able to bring the domestic aws Gründerfonds on board.

Christoph Haimberger, Managing Director aws Gründerfonds, says: "I see virtual reality as a great innovation that is increasingly transforming industries and services. Thanks to the team at Innerspace, life science training can now be rethought from the ground up. And this is just the beginning for more applications."

Markus Jandrinitsch, the responsible investment manager at aws Gründerfonds about Innerspace: "In the past few years, virtual reality was able to evolve from a mere gimmick for early adopters to established use cases in various verticals. In one of the most exciting of these use cases, namely training in critical production environments, Innerspace managed to build impressive traction in a short period of time, which we believe is due to both the high quality of the product and the team. We are therefore convinced that the investment will enable them to exploit the enormous market potential even faster than before and that there are great opportunities for future growth."

Innerspace was founded in 2017 by Sebastian Scheler, Bernhard Fercher and Andreas Berger. From the beginning, the product was a virtual reality simulator, analogous to the successful model of the flight simulator. Since 2018, the company has specialized in training employees in the production of life science companies, such as pharmaceutical cleanrooms - a market in which Innerspace is already very successful. Innerspace works for globally renowned pharmaceutical companies. The company is headquartered in Innsbruck, Austria, and currently employs 33 people. The managing directors are Walter Ischia and Alexander Wild. Website

aws Gruenderfonds is an Austrian venture capital fund with around EUR 70 m under management. The fund invests in Austrian startups with high growth potential in their early growth or expansion stage (later seed and series-a). aws Gründerfonds is a long-term partner who takes hands-on approach and actively assembles a syndicate of international co-investors out of their international network. So far, more than EUR 436m have been invested in 39 investments together with co-investors and numerous exits have been successfully completed.

MAD is a Tyrolean early-stage investor with a strong entrepreneurial approach. MAD invests "Hands, Brains and Money" in business concepts with high growth potential. In addition to the necessary capital, it is a wide range of support services, up to the completion of founder teams with the experienced MAD Angels, which are made available to the founders. The MAD team consists of serial founders who focus exclusively on supporting the portfolio companies. Website